There are countless prophecies about future times, but only one is repeated across many cultures: the arrival of a huge planet whose magnetism will alter our world.
Since ancient times this planet has been known as Hercolubus. The book “Hercolubus or Red Planet” contains all information that you need to know about the approach of this huge heavenly body and it also offers the keys to overcome these critical times.

What can we do?

Most of these predictions warn us of great catastrophes on Earth such as an imminent pole shift, the consequent ice caps melting and the disappearing of huge areas of land due to strong earthquakes and tsunamis.

Some prophecies talk specifically about the approach of a planet that comes near to ours periodically. Such a planet would already be visible with telescopes and its size would be about six times that of Jupiter. It is recognised in many traditions, prophecies and sacred books under different names such as: Baal, Wormwood, Ajenjo, Hercolubus, The Beast, Red Planet, Cold Planet, Barnard I, and many more. 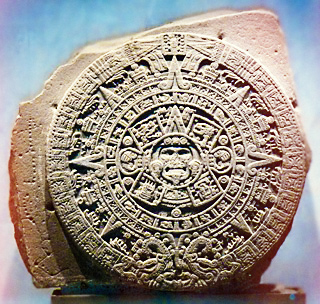 In all corners of the world we can find traditions and prophetic accounts regarding the end times, all of them resembling one another.

Over the history, countless wise people, prophets and spiritual masters have been pointing out how it will be the end of our civilization.

One of the oldest known prophecies is found in the Great Pyramid of Egypt. Numerous heavenly events are written there and have been fulfilled since it was built. These prophecies say that our era will end between 2001 and 2030.

According to the Mayan calendar and prophecies, the worst catastrophes will occur from the year 2012 onwards. The Mayan calendar ends at a date equivalent to 21st December 2012. Mayan sages prophesized some of the problems we are facing nowadays: the rise in the Earth’s temperature, ice caps melting and progressive lack of food and water, amongst others.

The Christian Bible has in its last book a great prophetic work: the Apocalypse of Saint John. The End Times, Armageddon, are described there in a terrible and direct manner. According to that book, the end times will see the arrival of the Antichrist, who represents materialism, intellectualism lacking spiritual yearning and, consequently, extreme evil and degeneration. Many are saying that those times have already arrived.

Similarly the Koran, the great book of Islam, is warning about the coming of a false Messiah, Al-Dajjah, during the end times. This epoch will be noted for its extreme materialism and complete lack of spirituality.

In the Middle Ages, the great clairvoyant and astrologer Nostradamus warned in his Centuries about the great King of terror that would come from the sky. Many scholars affirm that he was referring to a great heavenly body that will dramatically alter our planet Earth.

During the 20th and 21st centuries, people with awakened consciousness or with intuitive faculties have been warning about the occurrence of planetary catastrophes and the end of our civilization.

We can remember Carlos Muñoz Ferrada, who predicted with great accuracy numerous earthquakes in South America and who warned in 1999 about the future arrival of a great “Comet-Planet”.

Benjamin Solari Parravicini, the great Argentinean prophet, who was nicknamed “the South American Nostradamus”, wrote some decades ago: “The hour of hours will arrive and in its darkness the crash of the big planet will be received. The Earth will be reversed. Everything will fall”.

Alois Irlmaier, the great German clairvoyant who lived in the first half of the 20th century, warned about a terrible war that will be the end of the majority of humanity, after which an epoch of bliss and happiness will reign.

Edgar Cayce, one of the most famous psychics from the United States, warned about changes affecting the terrestrial axis, sinking of countries, ice caps melting, and wiping out of great cities due to strong earthquakes. All those changes would be necessary so that a new era of peace could take place. Cayce foresaw those events to happen after year 2000.

Special mention should be made of Samael Aun Weor, the great Gnostic master who gave numerous lectures in Mexico during the 70s. He talked about Hercolubus and explained that, in the times of the end, it would approach the Earth. Due to its great electromagnetic power, he said it would destabilize the Earth’s crust causing huge earthquakes, tidal waves, volcanic eruptions and natural disasters. Hercolubus would have approached our solar system in former occasions to unleash cataclysms that wiped out the Lemurian and Atlantean civilizations. Now, he said, it would come again to end our civilization and allow a new era to begin.

What can we do?

In view of so many prophecies that seem to point out that the end times are very near, we can’t help asking ourselves:

Is there any truth in all this?

Should we take these prophecies and these dates literally or rather as symbolic, warning us about a change of era?

Can we be sure that the end of our world is near?

And, if it is true that we are facing great catastrophes that will mean the end of our civilization... is there anything that we can do to change the course of events and survive the disaster?

Whether or not the year 2012 is the beginning of the end times, there are enough signs for us to think that if we do not change our behaviour as human beings our civilization will continue facing extremely serious social, economic and environmental problems. If we do not change in time, the different prophecies will become reality and our destiny as humanity will be a failure and the disappearance of civilization. The only way out is to awake our consciousness.

To awaken our consciousness means to eliminate from within ourselves all vices, defects and evil that prevent light, love and wisdom to shine within us.

It is time to awaken. We need to transform ourselves since there are countless prophecies that are pointing out that the time of destruction is very close. 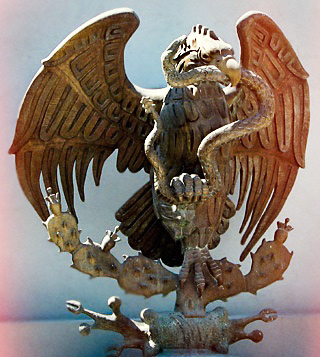 The book “Hercolubus or Red Planet”

Several masters of wisdom have raised their voice to warn us about the terrible future that is awaiting us. A current and very clear example of that is the small book entitled “Hercolubus or Red Planet” written by V.M. Rabolú, the great Colombian esotericist. This book can be described as a document about the future that has been written with full consciousness.

Based on his direct and conscious experience, V.M. Rabolú describes the terrible events that will occur on our planet in near times. Besides, he shows us the path to follow in order to achieve deep transformation for human beings. Today, the statements contained in his work enjoy the recognition of countless readers worldwide who have benefited from that knowledge.

The book “Hercolubus or Red Planet” describes in detail what the end times will be like. It makes us aware of the forthcoming arrival of a huge heavenly body to our solar system and warns humanity about the consequences of its approach.

Everything unfolds according to our behaviour. In this respect, the book “Hercolubus or Red Planet” is not an alarmist prophecy but the door through which we can break free from predictable events. Those catastrophic events would be the consequence of all our mistakes, accumulated through generations.

The message from the book “Hercolubus or Red Planet” is therefore a message of hope that challenges any fixed destiny. At the same time, it invites all human beings to experience the freedom of getting out of the circle of ignorance in which we keep moving.

Those who really want to be saved from the forthcoming catastrophe must start immediately to disintegrate the psychological self, that means all our defects, which number thousands. They need to prepare themselves, so that at the time of the rescue they are taken to a safe place…

This is not for you to make up theories or hold discussions, but to experience the true teaching that I am giving in this book. We can resort to nothing else.

The Alcyon Association is a legally constituted non-profit organization and as such all its activities are performed altruistically without any kind of financial profit.

The Alcyon Association acts as an agent and collaborator for Mr Angel Prats, publisher of the book “Hercolubus or Red Planet” by V.M. Rabolu; therefore our only aim is the international dissemination and distribution of that book. The organization sends free copies of the book “Hercolubus or Red Planet” to any place worldwide in an attempt to spread this universal message to any interested person.

The Alcyon Association is registered with the National Registry of Associations within the Ministry of Home Affairs, group 1, section 1, with national number 588698, and has its headquarters in Paseo de los Pisones nº 6 - esc.2 - 6º C, in the town of Burgos (Spain).

We are based in Spain and you can contact us:

The Alcyon Association has for many years been sending the book “Hercolubus or Red Planet” to every country in the world free of charge. This has allowed thousands of people worldwide to receive a free printed copy. The number of requests is increasing day by day.

Due to this success, we have committed ourselves to continue this campaign of free distribution for another period of time. However, we need collaborators in all countries, people who would like to engage in this task of distribution to allow this important universal message to all corners of the world.

Please help us in the diffusion of this work by downloading the following video and sending it by email to friends and acquaintances.

If you are interested in helping spread “Hercolubus or Red Planet” or in being in closer contact with the book’s editor and the Alcyon Association you can write to any of the following addresses:

By email to: [email protected]